Happy Monday my dear readers. Mariah Carey has defrosted, the year end fatigue has set in and there’s nowhere to hide from the carols in the shops. If you are running away from any reminders that there’s only 12 days till Christmas then this blog isn’t for you. However if you are looking for something to get you even more in the Christmas spirit then today’s post is just for you. Today I am sharing with you my top 10 favorite Christmas movies. To make the list the movies have to be funny, heart warming, timeless, redemptive arc and full with the Christmas spirit. In order to create this list a girl had to work hard,  I had to re-watch  all these movies and more! Honestly not all heroes wear capes, You’re welcome.

Please note that the list is not in any particular order,  without any further ado drum roll please!

Almost Christmas is a 2016 Christmas comedy. The film follows a dysfunctional family that comes together for the holidays for the first time since the passing of their mother. I really enjoyed this one it had me laughing and it had a little bit of everything for me, I found that the timing was also really good and I wasn’t bored or felt like a scene dragged too long. I felt like this ensemble cast had really great chemistry. This is one movie I  go back to each year.

Elf has become a Christmas movie classic, it tells the story of Buddy (Will Ferrell) an orphan who is adopted and raised by elves at the north pole. He eventually learns that he is human and sets out for New York City in search of his birth father. What makes it funny is Buddy’s childlike innocence meeting the cynicism of the big city. The movie has charm and if you are a Will Ferrell fan you will not be disappointed. I am always a fan of movies that I can watch with my nephews and nieces and just switch off and have a good laugh. It really has some great quotes such as ‘ You sit on a throne of lies’ and ‘ The best way to spread Christmas cheer is to sing loud for all to hear ‘. 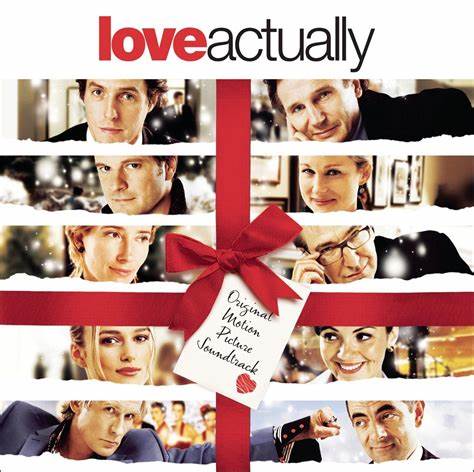 This has to be an all time favourite of mine, this film is the quintessential Christmas themed romantic comedy led by an all star ensemble cast. This movie follows the lives of eight very different couples in dealing with their love lives in various loosely interrelated tales all set during a month before Christmas in London, England. 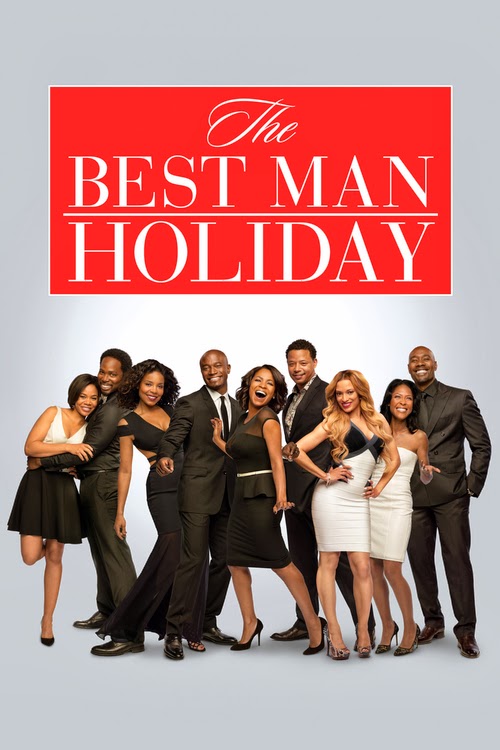 This sequel to the 1999 classic The Best Man is the sequel we didn’t know we needed. It follows the  college friends who reunite after 15   years for the holidays. Within the first five minutes if you have never watched the first film you get caught up and the 15 years are filled in. It really feels like you are catching up with old friends, old tensions rise up which makes for some laughter. I have noticed that typically with African American Christmas movies the redemptive arc  comes in specifically after a physical altercation and the ladies do throw down but the guys fight is just hilarious. Quentin ( Terrence Howard) has to be my favourite character.

Set in the night before Christmas this tells the story of the Santa Claus family and how that role has been passed down from one son to the next since St Nick. The latest Santa uses technology and Elves who work with military precision to deliver the presents all but one is missed. It is up to Arthur, the clumsy one, to deliver. I really loved the colour and it’s charm, I love the element of a dysfunctional family and the themes that are explored. The children also enjoyed it and it such a reminder that no child should be missed on Christmas day.

A holiday romantic comedy that captures the range of emotions tied to wanting your family’s acceptance , being true to yourself , and trying not to ruin Christmas. It tells the story of  girlfriends Harper and Abby, with the former inviting the latter to Christmas with her family. The twist being that Harper hasn’t come out to her family yet and asks that Abby pretends to be her roommate. I found it funny and sweet and the nuances of acceptance that were woven in makes it a movie that will become a classic. I have to mention that I enjoyed Aubrey Plaza and Dany levy’s’ performances.

Last year Showmax decided to give the people what they want and delivered a variety of South African Christmas stories. A Zulu Christmas follows a spoiled boy who is raised in Johannesburg who goes to spend Christmas in the rural areas with his grandmother and cousins. I enjoyed this movie as I could relate with it on so many levels. For instance the scene where the kids all share the same bowl took me back to over twenty years ago when I experienced it for the first time, it was a shock to the system and the tummy as I am a slow eater. This movie is relatable and feels like home and it’s refreshing to see lots of sun instead of snow. A Zulu Christmas is a new fan favourite.

This Netflix original follows an unlucky in love LA girl who falls for a guy she meets on a a dating App. She decides to surprise him with a visit for the holidays, only to find out she has been cat fished. Yes it sounds corny and like we all know how it’s going to end but that’s part of the charm. It has some really great, genuine moments. A beautiful romcom decked with Christmas cheer. A line I enjoyed and plan to steal is ‘ The roof may not be my child but I’m still going to raise it”.

9. How the Grinch stole Christmas

This live action remake of a classic Dr. Seuss  picture book with Jim Carrey at the helm is an absolute favoutite. It follows the Grinch who lives on the outskirts of Whoville, he is a green revenge seeking Grinch who plans to ruin Christmas. This movie is not only filled with laughter but with teachable moments, it’s one of those that I enjoy watching each year.

10. The nightmare before Christmas

Jack Skellington the King of Halloween town, discovers Christmas town and kidnaps Santa. His attempts to bring Christmas to his home brings confusion. I really enjoy the stop motion which sets the film apart for me, I find the film absolutely visually appealing. So much work is put into it. A bit of an odd ball of a film, obviously Tim Burton is involved. I am not a huge fan of musicals but it all comes together as the songs are funny, haunting and catchy. A true classic.

I do hope that you have enjoyed todays list and that you watch some of the movies if you haven’t already. Please send me some of your recommendations. The thing that I treasure the most about Christmas movies is finding ones that we can all watch as a family, laugh and sing along together, movies that remind us of the Christmas spirit. This year has been hectic ( understatement of the year) for most of us and it feels good to switch off and focus on some corny, sometimes predictable story lines. I hope that you and your loved ones are all gathered together safely and treasure these moments.

Our suppliers for our enchanting wedding

My father took away my innocence book review

The circle of life: Lessons of having to start over

International day of woman and girl in science

Listening tour body details my experience of being misdiagnosed. I hope it encourages you to get a second opinion ... See MoreSee Less

Listening to your body- My experience of being misdiagnosed - Sandy's place

My experience of being misdiagnosed. Details when I was told I had acid reflux whilst it was gallstones resulting in an operation.
View on Facebook
· Share

Sunday: a day to relax, reset and refocus ❤. Ar

On this #thankfulthursday I'm reflecting on a time

Just a reminder that take it a day at a game, one