Happy Africa day. In honour of today I am sharing facts about Africa. Some not widely known ,hopefully we will all learn something and not be surprised like I was last year when I found out South Africa is on the border of Texas. This post is not intended for the set of people who believe Africa is a country because they’re dedicated to not reading or picking up a map. In fact Kwame says hi we passed each other on the road as he rode his elephant and  I rode my lion.

Have you ever wondered where the name comes from? There are many theories and facts

I heard about it as part of some video that I was watching. I was gob smacked to find out A) we had a wall in Africa that was four times larger than the Great Wall of China. That B )there was no trace of it any more. This led me down a rabbit hole about the great Benin City and here are some facts about it.

4. Sudan has the most pyramids

Whenever the mention of the word Pyramids the mind instantly goes to Egypt yet the  country with the most Pyramids is Sudan. Egypt has 118 Pyramids whilst Sudan has around 255.

5. Ethiopia is 7 years behind

Yes you read correctly, this wonderful East African country that has never been colonized, uses a different calendar. The Ethiopian calendar is similar to the Julian calendar that the world used before converting to the Gregorian calendar. Here are some interesting facts below about it:

6. Lake Malawi is home to the most species of fish than any other lake in the world.

Also known as lake Nyasa in Tanzania and Lago Nyasa in Mozambique, it not only has the most species of fish but the third largest lake in Africa. It has two inhabited islands, Likomo and Chizulu island.

7. The deadliest animal in Africa is a hippo

This fact always has me chuckling in disbelief and a grim reminder to never judge a book by its cover. Hippos are aggressive, short tempered and very territorial. They have been known to capsize boats. They are estimated to kill 500 people a year in Africa. They kill more humans in Africa then sharks, crocodiles and lions combined.

Probably the grimmest fact on todays list. According a study published by the International rescue committee over over 5.4 millon people died. Many of which were children dying from this more than a decade long war.

I think we all know about Dr. Christian Barnard and the first heart transplant in the world. So for today I thought let me share some knowledge on some of our other inventions. 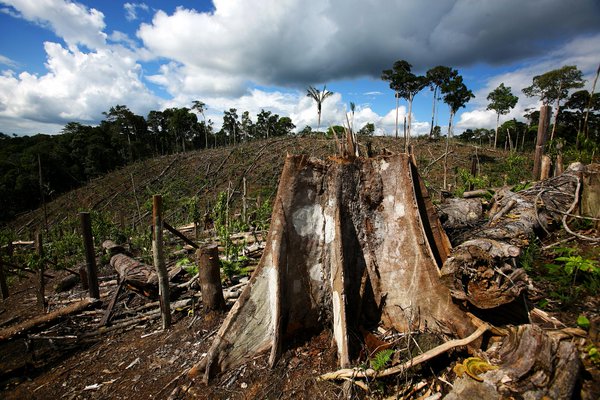 I was alarmed to learn that Africa loses 4.1 million hectares of natural forest a year. That is twice the rate of the world. This is mostly due to human consumption.

11.  Al-Qarawiyyan, is the worlds oldest operating university was founded by Fatima Al-Fihri

I have always known about Timbuktu but was surprised by this discovery. That the acknowledged by Unesco and  Guinness world records oldest and still operating University in the world was founded by a Tunisian woman in Fez, Morroco. And not in Europe as we so often incorrectly believe. Al-Qarawiyyan was founded in 859AD by Fatima Al-Fihri who after inheriting her fathers estate saw the need for an educational hub. Of all the facts this was my most mind blowing and a reminder I have not read nearly enough.

” I am an African. I owe my being to the hills and the valleys, the mountains and the glades, the rivers, the deserts. The trees ,the flowers, the seas and the ever changing seasons that define the face of our Native land.”- Thabo Mbeki

I do hope you enjoyed my chappies wrapper inspired blog post. In the interest of sharing knowledge be sure to share any facts you might have in the comment section. I always enjoy hearing from you.

Don't get distracted you have goals to achieve

My top 20 romantic movies to watch this Valentines day

How are you celebrating Heritage/ Shaka / Braai Day?

This post reviews Rosemary Hill farm. We did some wine tasting, hiking and lots of eating ... See MoreSee Less

In honour of world music day I went to the fètè de la musique at Newton junction this past weekend. It's first after a 2 year hiatus ... See MoreSee Less

My first time experience of the fete de la musique in Johnannesburg as it made it's return after a two year hiatus.
View on Facebook
· Share

About yesterday, enjoying good food and drinks, an

On the blog today I share about my day spent @rose