I have wanted to read this month’s book from the first time I heard of it. However due to the life of a book worm it has stayed on my bookshelf for more than a year. Finally reading it made me realize I was unknowingly steeling myself up for it. The only way that I could convey how harrowing this book is, is to include a story from five of the eight chapters. My own words fail me dismally.

” A Russian plane is able to drop phosphorus bombs on some human beings because the world has grown accustomed to their deaths.”

In 2011, millions of Syrians took to the streets demanding freedom and dignity. The government’s ferocious response and the demonstrators’ refusal to back down, sparked a brutal war. A war that has escalated into one of the worst humanitarian catastrophes of our time. We crossed a bridge and it trembled is an astonishing collection of intimate testimonies that chronicle the conflict from its origins to its present horror. Based on interviews with hundreds of Syrians conducted across five years and three continents.

A Syrian citizen is only a number. Dreaming is not allowed.

Corruption increased and increased. You’d have to pay a bribe even to leave to go on a pilgrimage to Mecca. Which is an Islamic obligation. It reached a point that corruption was in everything-everything. There was corruption before, but not to that extent. Everything was getting worse. Things just added up. The glass of water overflowed. There were so many problems that it was ridiculous. Someone had to go out and just say no!.

Part 3 –deals with the launch of the Syrian revolution. Spurred on by what was known as the Arab spring.
****
Rima, a writer ( Suwayda)

I was in a demonstration. Others were shouting and I joined them. I started to whisper, Freedom. And after that I started to hear myself repeating, freedom, freedom, freedom. And then I started shouting, Freedom! My voice mingled with other voices. When I heard my voice I started shaking and crying. I felt like I was flying. I thought to myself, “This is the first time I have ever heard my own voice”. I thought, “This is the first time I have a soul and I am not afraid of death or being arrested or anything else”. I wanted to feel this freedom forever. And I told myself that I would never let anyone steal my voice again. And after that day I started to join all the demonstrations.

Part 4-Takes a closer look at the regimes efforts to repress the protest movement and protestors’ efforts to sustain the movement, nonetheless. It is in this time that the United States, European Union and Arab League imposed sanctions on the Syrian Government and eventually called for Assad’s resignation. Consequently the Emergency law was repealed but at the same time a new Anti-Terrorism law was as instituted as a cover. It allowed the regime to arrest many people on a whim, whilst carrying out the most gruesome forms of torture on the detainees. Hoping their mutilated corpses and harrowing stories would curtail the rest of the community.
****
Abu Firas, fighter (rural Idlib)

My brother was kidnapped by the Shabeeha. After eighteen days, they sent him back to us, killed under torture. You can’t imagine how he died. His toenails were ripped out. His bones had been pierced with a drill. There were marks from being beaten and burned. His nose was beaten so severely that it was flat. We buried him. And about three months later, some guys who were released from prison. Contacted us and told us that my brother was actually still alive. They’d been with him in prison. The body we’d buried belonged to a different person: he was so disfigured that we couldn’t tell he was someone else 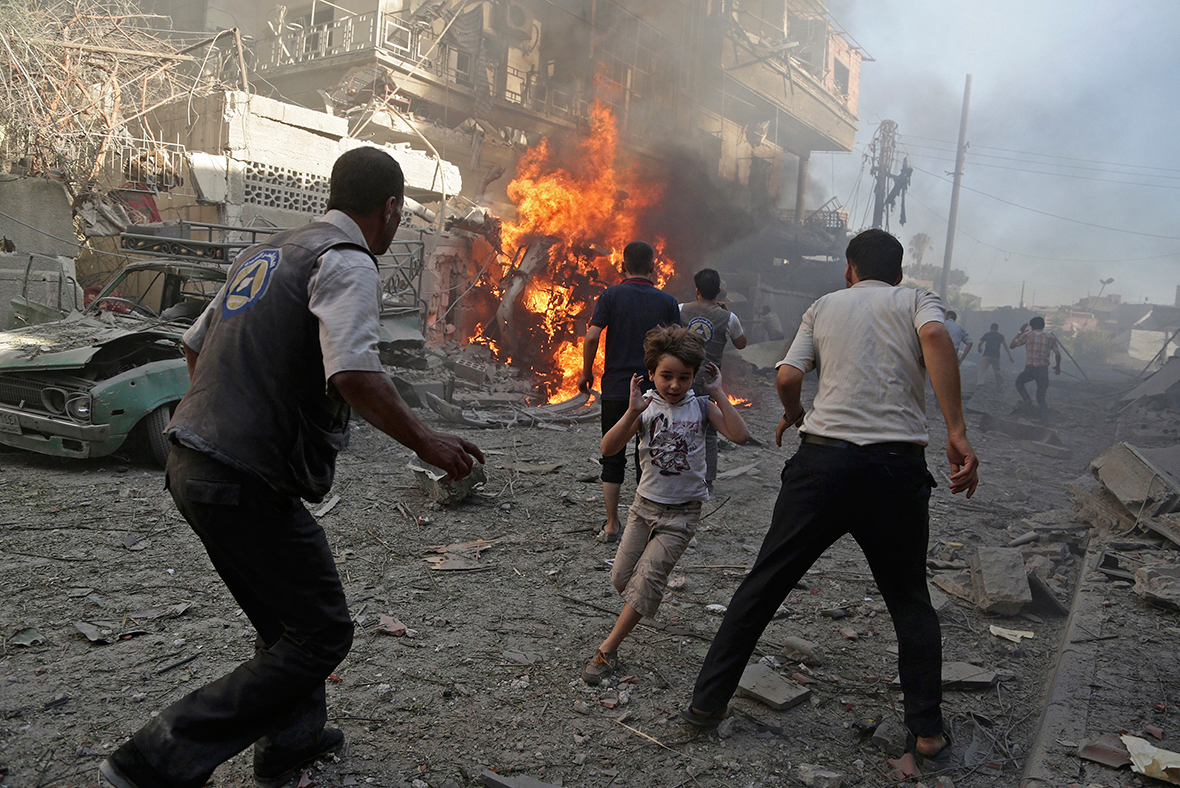 Part 5-Examines the militarization of the rebellion. It should be noted that from March to September 2011 the protest movement buried two thousand people. Yet remained overwhelmingly nonviolent.
****
Ashraf, artist (Qamishli)

If international powers had intervened at the beginning, it wouldn’t have reached this point. Or at least if a no fly-zone had been enforced, things wouldn’t have gotten so bad. The problem is not that the world did nothing. It’s that they told us, “Rise up! We are with you. Revolt!” {Turkish president Recep Tayyip} Erdogan declared that the bombing of Homs was a red line, and President Obama said that chemical weapons were a red line. People were encouraged to stand by the revolution because they thought they had international supporters. And when the regime crossed these lines and there was no implementation of these threats, the population was left in a state of desperation. It understood it could only count only on itself.

Wendy Pearlman is a professor at Northwestern University. She speaks Arabic and has spent more than twenty years studying and living in the Arab world, including Lebanon, Jordan, Egypt, Morocco, Israel, the West Bank and the Gaza strip. Educated at Harvard, Georgetown and Brown, she has written ten dozens of articles about the Middle East in addition to two acclaimed books about the Palestinian national movement.

I have read the diary of Anne Frank, Night by Elie Wiesel and books from the Cambodia and Rwanda genocide. And yet this wartime book has griped my soul in profound ways and one explanation  for this, is that this uprising  happened in my lifetime. I was roused by the Arab Spring and their call for Freedom and basic human rights. Everyone needs to read this book, the stories are personal, educational and let us in on the plight of the Syrian and how it truly feels to be a refugee.

My first time at the fete de la musique

Listening to your body- My experience of being misdiagnosed

Start Now, With What You Have!

The 6 Most asked blogging questions

This post reviews Rosemary Hill farm. We did some wine tasting, hiking and lots of eating ... See MoreSee Less

In honour of world music day I went to the fètè de la musique at Newton junction this past weekend. It's first after a 2 year hiatus ... See MoreSee Less

My first time experience of the fete de la musique in Johnannesburg as it made it's return after a two year hiatus.
View on Facebook
· Share

About yesterday, enjoying good food and drinks, an

On the blog today I share about my day spent @rose